Click here to read the Dialog, the Diocese News

The Roman Catholic Diocese of Wilmington, encompassing the state of Delaware and the nine counties of the Eastern Shore of Maryland, is a believing community, professing its faith in God who is Father, Son and Holy Spirit. 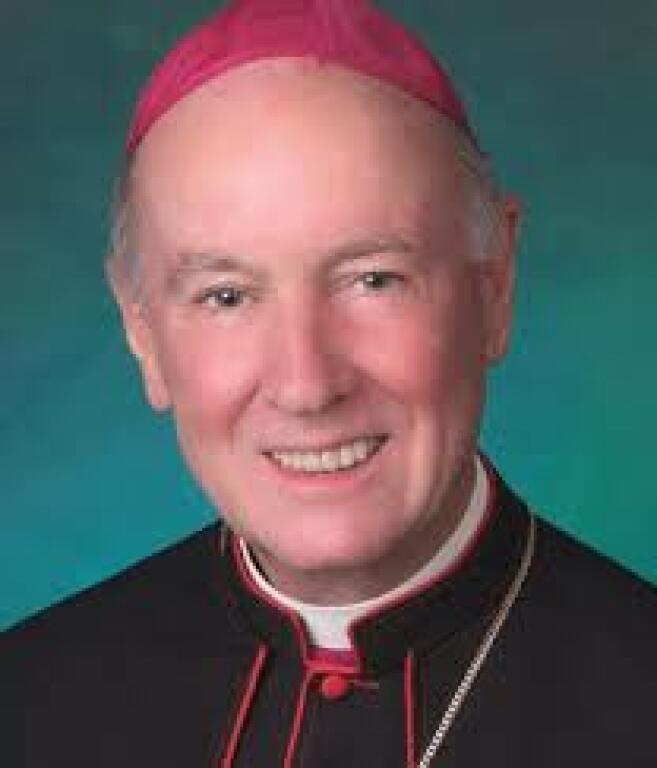 Motto: Rejoice in the Lord

On July 7, 2008, the Holy See announced that the Most Reverend W. Francis Malooly, D.D. had been appointed the new bishop of the Catholic Diocese of Wilmington. He succeeds the Most Reverend Michael A. Saltarelli, D.D., who in keeping with canon law offered his resignation to the Holy Father when he turned 75 years of age.

Bishop Malooly was installed as the 9th Bishop of the Diocese of Wilmington at a Mass of Installation at 2:00 p.m. on Monday, September 8, 2008 (The Feast of the Nativity of the Blessed Virgin Mary) at Saint Elizabeth Church, Cedar and Clayton Streets in Wilmington, Delaware.

Bishop Malooly was ordained an Auxiliary Bishop for the Archdiocese of Baltimore at the Cathedral of Mary Our Queen on March 1, 2001. Cardinal William H. Keeler, Archbishop of Baltimore, appointed him at that time to the concurrent position of Western Vicar for the 38 parishes and six missions in Allegany, Carroll, Frederick, Garrett, Howard, and Washington counties in Maryland. He retained appointments as Moderator of the Curia and Vicar General.

Bishop Malooly was born in Baltimore, Maryland on January 18, 1944. He attended elementary school at St. Ursula in nearby Parkville. Responding early to a call to the priesthood, he attended secondary and undergraduate school at St. Charles in Catonsville (now closed), followed by seminary training at St. Mary (Paca Street, now closed) and St. Mary, Roland Park (now St. Mary's Seminary & University). He was ordained a priest of the Archdiocese of Baltimore by his uncle, the late Bishop T. Austin Murphy, at the St. Ursula parish church on May 9, 1970.

Parish assignments included appointments as Associate Pastor at St. Joseph, Texas in 1970 and St. Anthony of Padua, Baltimore in 1976. He was Associate Administrator, then Administrator, at the CYO Retreat House (now Monsignor O'Dwyer Retreat House) in Sparks, Maryland from 1981-1984. In 1984, Bishop Malooly became Director of Clergy Personnel for the Archdiocese of Baltimore. He was appointed Chancellor and Vicar General in 1989. In 1990 he was named Prelate of Honor to the Holy Father with title of Monsignor.

He is a member of the Knights of Malta and Knights of Columbus. In April of 1999, he was awarded the President's Medal by St. Mary's Seminary & University for his long service to the school and to the people, priests, and bishops of the Archdiocese of Baltimore. In 2006 he received the Cardinal Shehan Award given by the Archdiocesan Youth Office. On May 21, 2006 he was awarded an Honorary Doctorate in Humane Letters by Mount Saint Mary's University, Emmitsburg, Maryland. He presently serves on the Board of Trustees of St. Mary's Seminary and University, and Mount St. Mary's University.